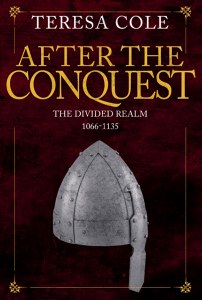 On his deathbed William the Conqueror divided his property between his three sons, Robert, William and Henry. One of them got England, one got Normandy and one GBP5,000 of silver. None of them was satisfied with what he received.

It took much violence, treachery, sudden death and twenty years before one of them reigned supreme over all the Conqueror's lands. Geoffrey of Monmouth, in his `Prophecies of Merlin', depicted them as two dragons and a lion with a mighty roar, but which would end up the winner, and what was the fate of the losers?After the Conquest tells the story of the turbulent lives of the sons of the Conqueror.

The Struggle For Mastery

Why Do We Remember The Battle of Hastings