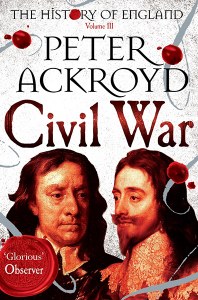 In Civil War, Peter Ackroyd continues his dazzling account of England's history, beginning with the progress south of the Scottish king, James VI, who on the death of Elizabeth I became the first Stuart king of England, and ends with the deposition and flight into exile of his grandson, James II. The Stuart dynasty brought together the two nations of England and Scotland into one realm, albeit a realm still marked by political divisions that echo to this day. More importantly, perhaps, the Stuart era was marked by the cruel depredations of civil war, and the killing of a king.

England's turbulent seventeenth century is vividly laid out before us, but so too is the cultural and social life of the period.

James I: Scotland's King of England