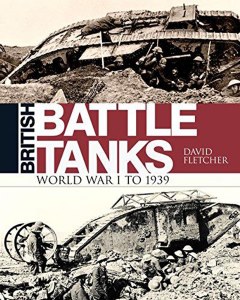 When British soldiers charged across the Somme in September 1916 they were accompanied by a new and astonishing weapon - the tank. After a stuttering start armoured behemoths such as the Mark IV, Mark V and Whippet played a crucial role in bringing World War I to an end. Marking the centenary of their battlefield debut, this comprehensive volume traces the design and development of the famous British invention during World War I and the increasingly tense years of the 1920s and 30s, from the first crude but revolutionary prototype to the ever-more sophisticated designs of later years.

Deborah And The War of the Tanks 1917