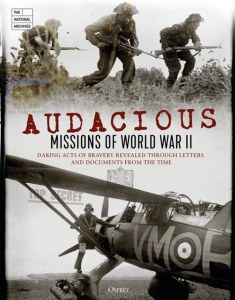 Winning World War II was about more than military force. It required guile, and tremendous acts of bravery by Special Forces and intelligence operatives who had the odds stacked against them. Using hundreds of documents and images from The National Archives, including some that have never been seen in print before, this book reveals some of World War II's most audacious missions.

These include Operation Anthropoid, the plot to assassinate SS General Reinhard Heydrich in Czechoslovakia in 1942, Operation Chariot, the attempt to damage the mighty German warship Tirpitz while she was in dock in St-Nazaire in France; and Operation Mincemeat, a complex plot whereby a corpse, replete with documentation designed to mislead the enemy, was dropped in southern Spain to spread misinformation.