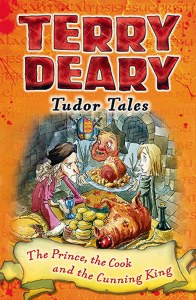 The Prince, The Cook And The Cunning King

The Prince, The Cook And The Cunning King

King Henry VII is a mean and ruthless king and when a young boy named Lambert Simnel lays claim to the throne, Henry is furious. Lambert is no match for the powerful King - can he escape the extraordinary punishment he faces? Terry Deary's Tudor Tales explore the infamous world of the Tudors through the eyes of children who could have lived at the time. These stories feature real monarchs and characters and take place in some of the most recognizable Tudor settings.

Following In The Footsteps of Henry Tudor