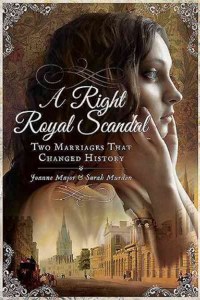 Almost two books in one, A Right Royal Scandal recounts the fascinating history of the irregular love matches contracted by two successive generations of the Cavendish-Bentinck family, ancestors of the British Royal Family. The first part of this intriguing book looks at the scandal that erupted in Regency London, just months after the Battle of Waterloo, when the widowed Lord Charles Bentinck eloped with the Duke of Wellington's married niece. A messy divorce and a swift marriage followed, complicated by an unseemly tug-of-war over Lord Charles' infant daughter from his first union.