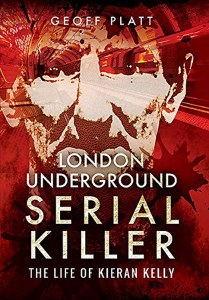 The full story of the life and times of Kieran Patrick Kelly, the London Underground Serial Killer, who wandered up and down the Northern Line of the London Underground between 1960 and 1983, pushing innocent people that he had never met under trains, and who finished up killing over thirty people. The book provides a full biography of Kelly, discussing the details of his crimes, his victims and his ability to evade justice; he managed to secure mistrials or acquittals in twenty-five trials before being eventually convicted and sentenced to die to prison, which he did in Durham, in 2001. It could be argued that Kelly is the most investigated serial killer in the history of the world.

TFL The Story of the London Underground