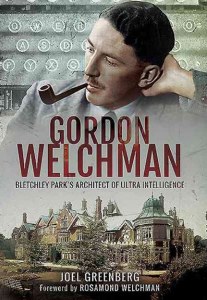 'A magnificent biography which finally provides recognition to one of Bletchley's and Britain's lost heroes.' Michael Smith. The Official Secrets Act and the passing of time have prevented the Bletchley Park story from being told by many of its key participants. Here at last is a book which allows some of them to speak for the first time.

Gordon Welchman was one of the Park's most important figures. Like Turing, his pioneering work was fundamental to the success of Bletchley Park and helped pave the way for the birth of the digital age. Yet, his story is largely unknown to many.

His book, The Hut Six Story, was the first to reveal not only how they broke the codes, but how it was done on an industrial scale. Its publication created such a stir in GCHQ and the NSA that Welchman was forbidden to discuss the book or his wartime work with the media. In order to finally set the record straight, Bletchley Park historian Joel Greenberg has drawn on Welchman's personal papers and correspondence with wartime colleagues which lay undisturbed in his son's loft for many years.Packed with fascinating new insights, this is essential reading for anyone interested in the clandestine activities at Bletchley Park.