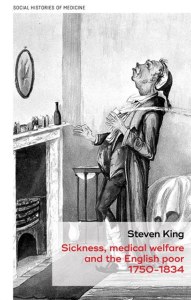 At the core of this book are three central contentions: That medical welfare became the totemic function of the Old Poor Law in its last few decades; that the poor themselves were able to negotiate this medical welfare rather than simply being subject to it; and that being doctored and institutionalised became part of the norm for the sick poor by the 1820s, in a way that had not been the case in the 1750s. Exploring the lives and medical experiences of the poor largely in their own words, Sickness, medical welfare and the English poor offers a comprehensive reinterpretation of the so-called crisis of the Old Poor Law from the later eighteenth century. The sick poor became an insistent presence in the lives of officials and parishes and the (largely positive) way that communities responded to their dire needs must cause us to rethink the role and character of the poor law.