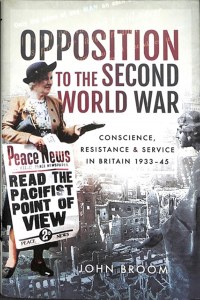 Opposition To The Second World War

As Europe lurched towards war during the 1930s, many people in Britain, with the memories of the horrors of the First World War painfully fresh, set out to build groups opposed to the idea of a future war. Despite current notions of the Second World War as being a time when Britons pulled together with a unity of purpose, many of these organisations continued their work in either campaigning against the conduct of the war, or to alleviate its more destructive effects. The people who went against the political and cultural climate of the time have been somewhat airbrushed from history.

This book brings them back into focus and demonstrates the myriad ways in which they lived out the slogan 'I Renounce War'.