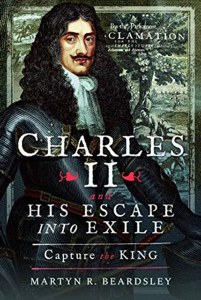 Charles II and His Escape Into Exile

Charles II and His Escape into Exile

Returning to England to try to reclaim his throne, King Charles II was defeated at the Battle of Worcester - but the battle to save his own life had only just begun. Pursued wherever he went by soldiers from the conflict as well as local militia, Charles donned peasant clothing, crudely cut his hair and tried to adopt a rustic accent. With the secret help of a succession of loyal citizens, he walked till his feet were shredded, waded rivers, coolly mixed with anti-royalists and enemy troopers - and, of course, hid in an oak tree.

Rebellion in the Reign of Charles II