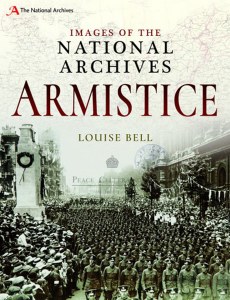 Images of The National Archives : Armistice

11th November 1918 saw the signing of the armistice that ended fighting between the Allies and Germany.

This book will take the reader through the final year of the First World War and everything that led up to this day. Starting from the Spring Offensive, photos and images from The National Archives highlights important points ranging from the last 100 days to the signing of the various treaties before this final armistice, finishing with a look at the Peace Parade in 1919. The physical and mental effects of the war will also be examined, and show how the war never really ended in 1918 for many.

Many rarely seen images are provided to support the narrative and further highlight the depth of The National Archives' First World War records.