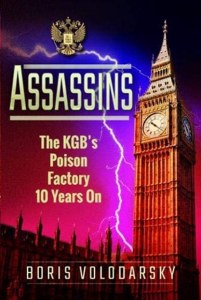 In November 1998, Alexander Litvinenko, a former Lieutenant Colonel of the Russian security service or FSB, along with several former colleagues, publicly stated that their superiors had instigated an assassination attempt on a Russian tycoon and oligarch. Following his subsequent arrest and failed trials, Litvinenko fled to London where, having been granted asylum, he worked as a journalist and writer, as well as acting as a consultant for the British intelligence services. Eight years later, Litvinenko's past caught up with him when he was assassinated in London.

It was on 1 November 2006 that Litvinenko was suddenly taken ill-so serious was his condition that he was hospitalised. He passed away twenty-two days later. Significant amounts of a rare and highly toxic element were subsequently found in his body.

Before his death, Litvinenko had said: 'You may succeed in silencing one man but the howl of protest from around the world, Mr Putin, will reverberate in your ears for the rest of your life.'In this examination of the events surrounding Litvinenko's murder, the author, Boris Volodarsky, who was consulted by the Metropolitan Police during the investigation and remains in close contact with Litvinenko's widow, details the events surrounding the assassination. He brings the story up to date, referring to the findings of the official British inquiry, on the release of which Prime Minister David Cameron condemned Putin for presiding over 'state sponsored murder'. The author proves that the Litvinenko's poisoning is just one of many.