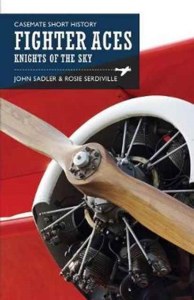 Just over a decade after the first powered aeroplane flight, fearless pioneers were flying over the battlefields of France in flimsy biplanes. As more military aircraft took to the skies, they were equipped with weapons and their pilots began to develop tactics to take down enemy aviators. In 1915 the term 'ace' was coined to denote a pilot adept at downing enemy aircraft, and top aces like Albert Ball and the Red Baron became household names.

Flying more advanced fighters, top aces would accrue scores of over 100 in the swirling dogfights of WWII. This book covers the history of the fighter ace from the first developments in 1915 to the jet aces of the later 20th century.