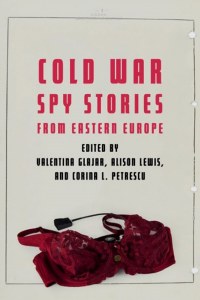 During the Cold War, spy stories became popular on both sides of the Iron Curtain, capturing the imaginations of readers and film goers alike as secret police outfits quietly engaged in espionage and surveillance under the shroud of utmost secrecy. Curiously, in the post-Cold War period there are no signs of this enthusiasm diminishing. With the opening of the secret police archives in many countries in Eastern Europe comes the unique chance to excavate many forgotten spy stories and narrate them for the first time.

Cold War Spy Stories from Eastern Europe brings together a wide range of Cold War spy stories from the Eastern Bloc and explores stories compiled from the East German Stasi, the Romanian Securitate, and the Ukrainian KGB files. This edited volume also investigates spy narratives told in multimodal forms of communication and representation, that is, stories told through different and distinctive combinations of visual, verbal-aural, musical, textual, and gestural signs. Crafted from a blend of memory, fiction, and forensic evidence from the archived files, these stories offer a rediscovery of curious and enigmatic espionage events.

By revisiting some little-known DEFA films and their depictions of the East German spy as opposed to the sleek Western James Bond type, Cold War Spy Stories from Eastern Europe explores old and new tropes in espionage films and television dramas. It concludes with a close reading of the moral ambiguity that is prominent in recent Hollywood spy films such as Bridge of Spies and transatlantic television productions about Cold War Germany such as Deutschland 83, which point to a new aesthetic of surveillance and a new post-ideological depiction of the spy. These stories of collusion and complicity, of betrayal and treason, of right and wrong, and of good and evil call into question Cold War certainties and divides.