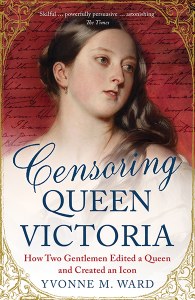 Censoring Queen Victoria : How Two Gentlemen Edited a Queen and Created an Icon

When Queen Victoria died, two gentlemen embarked on a monumental task: sorting through and making sense of her vast written legacy. For the first time, a British monarch's letters - carefully edited of course - were going to be published. The men chosen for the job were complex and peculiar characters.

In their hands hundreds of volumes of the Queen's correspondence were whittled down to a mere three, and their decisions - and distortions - would influence perceptions of Victoria for generations to come. Based on unprecedented access to the royal archives at Windsor Castle, Censoring Queen Victoria is a rare and fascinating piece of historical detective work, revealing aspects of the Queen-Empress that we were never meant to see.