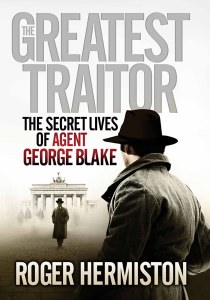 The Greatest Traitor : The Secret Lives of Agent George Blake

In 1961 George Blake was exposed as a Soviet spy a traitor who had cost the lives of dozens of his fellow British agents. Yet, as Roger Hermiston reveals in this thrilling new biography, Blake's remarkable story touches not only the depths of treachery, but also the heights of heroism. Drawing on hitherto unpublished records from Blake's trial, as well as original interviews with former spies and the man himself, The Greatest Traitor sheds new light on this most complex of characters, and presents a fascinating shadow history of the Twentieth Century.