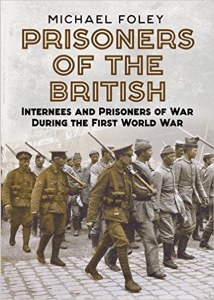 Much of what has been written about the treatment of prisoners of war held by the British suggest that they have often been treated in a more caring and compassionate way than the prisoners of other countries. During the First World War, Germans held in Britain were treated leniently while there were claims of British prisoners being mistreated in Germany. Was the British sense of fair play present in the prison camps and did this sense of respect include the press and public who often called for harsher treatment of Germans in captivity? Were those seen as enemy aliens living in Britain given similar fair treatment? Were they sent to internment camps because they were a threat to the country or for their own protection to save them from the British public intent on inflicting violence on them? Prisoners of the British: Internees and Prisoners of War during the First World War examines the truth of these views while also looking at the number of camps set up in the country and the public and press perception of the men held here.