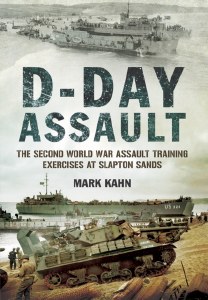 Preceded by a massive airborne assault, the largest amphibious operation ever undertaken began on 6 June 1944 - D-Day. Over a fifty-mile stretch of heavily-fortified French coastline 160,000 Allied troops came ashore on the beaches of Normandy. Supported by more than 5,000 ships and 13,000 aircraft, they quickly gained a foot-hold in Fortress Europe.

To plan and execute such a massive military operation successfully required training. The stakes were high. There was one chance to see the landings work; failure was inconceivable.

Much work was required to be done, new tactics to be worked out, new technologies to be utilised. Most of all, the training for the amphibious assault required beaches. Such locations would need to be as representative of the actual landing beaches as possible, large enough to support exercises up to divisional level and be able to safely allow the live firing of weapons both by the supporting naval and air forces as well as that of the assaulting troops.

Such a place for the Americans was found in the sleepy South Hams area of South Devon. The long shingle beach at Slapton Sands featured a freshwater lake and inundated area just behind it. The rural countryside with rolling hills, de-lineated by high hedges and featuring numerous small woods bore a remarkable similarity to the area selected for the American landing area at Utah beach.

But this choice came at a price. Over 20,000 acres of prime agricultural land, along with villages and farms were requisitioned. No less than 180 farms, 28 shops, 11 inns, 100 houses and 450 cottages, along with 3,000 residents, were expelled from the area.