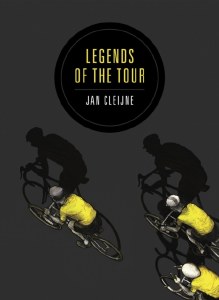 Legends of The Tour Graphic Novel

Legends of the Tour

Frame by glorious frame, this beautiful graphic novel captures the essence of the Tour de France - the grit and the glory. Since Maurice Garin's inugural victory in 1903, hundreds of thousands of kilometers have been covered in pursuit of the yellow jersey and few of them have been without incident or drama. Here are the Tour's legends: Eugene Christophe welding his bicycle back together at the foot of the Pyrenees in 1913; Bartali V Coppi, 1949; Poulidor shoulder-to-shoulder with Anquetil on the Puy de Dome, 1964; Tommy Simpson's death on Ventoux, 1967; Lance Armstrong's domination and disgrace; finishing with Bradley Wiggins' and Chris Froome's victories back-to-back victories for Britain in 2012 and 2013.

From Pole to Pole

Knights and Castles Press Out And Make

Queen Victoria: A Life Of Contradictions

Rise Of The Tank

Sea Charts of the British Isles

The Rings of Saturn

The Second World War In 100 Objects

The Struggle for Sea Power