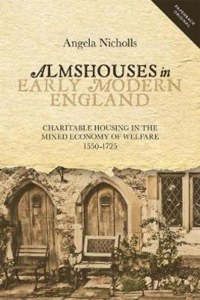 Almshouses in Early modern England : Chartitable housing in the mixed economy of Welfare 1550-1725

Almshouses providing accommodation for poor people are a common feature of the towns and villages of England, visible representations of historic attitudes towards the poor. The period after the Reformation saw not only the survival of many medieval institutions but also a remarkable number of new foundations, as people from many different backgrounds used their wealth to revive and remodel this ancient form of provision to meet new needs. This book addresses a neglected element of English welfare history, examining the role and significance of English almshouses in the period 1550 - 1725 and the contribution they made within the developing welfare systems of the time. Drawing on archival evidence, the book analyses why almshouses were founded and the reasons for the continuing popularity of this particular form of charity; who the occupants were; what benefits they received; and how residents were expected to live their lives. It challenges the assumption that Post-Reformation almshouses were places of privilege for the respectable deserving poor and reveals a surprising variation in the socio-economic status of almspeople and their experience of almshouse life. The book places these findings in the context of the contemporary national and local debates about poverty and poor relief and argues that early modern almshouses took on a distinct and new identity within the changed landscape of relief provision in post-Reformation England. Many almshouses played an integral role in the early welfare provision of their local communities, yet, ultimately, their significance was affected by the emergence of harsher public provision in the new workhouses of the eighteenth and nineteenth centuries. ANGELA NICHOLLS is Associate Fellow at the University of Warwick