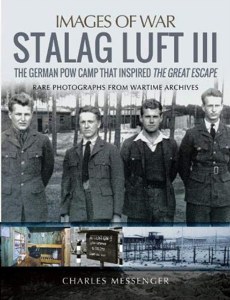 In early 1942 the Third Reich opened a maximum security Prisoner Of War camp in Lower Silesia for captured Allied airmen. Called Stalag Luft III, the camp soon came to contain some of the most inventive escapers ever known. The escapers were led by Squadron Leader Roger Bushell, code-named 'Big X'.

In March 1944, Bushell masterminded an attempt to smuggle hundreds of POWs down a tunnel build right under the notes of their guards. In fact, only 79 Allied airmen clambered into the tunnel and only three made successful escapes. This remarkable escape would be immortalised in the famous Hollywood film The Great Escape, in which the bravery of the men was rightly celebrated.

Behind the scenes photographs from the film are included in this definitive pictorial work on the most famous POW camp of World War II.

Tracing Your Prisoner of War Ancestors The First World War