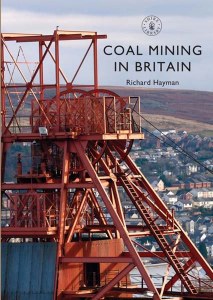 Coal heated the homes, fuelled the furnaces and powered the engines of the Industrial Revolution. In the nineteenth and twentieth centuries the coalfields - distinct landscapes of colliery winding frames, slag heaps and mining villages - made up Britain's industrial heartlands. Coal was known as 'black gold' but it was only brought to the surface with skill and at considerable risk, with flooding, rock falls and gas explosions a constant danger.

Coal miners became a recognised force in British political life, forming a vociferous and often militant lobby for better working conditions and a decent standard of living. This beautifully illustrated guide to Britain's industrial heritage covers not just the mines, but the lives of the workers away from the pits, with a focus on the cultural and religious life of mining communities.

From A Rock To A Hard Place

Marching To The Faultline