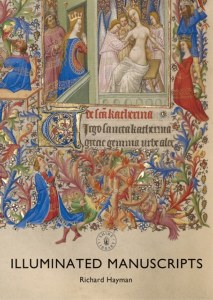 Illuminated manuscripts are among the most beautiful, precious and mysterious works of Western art. Before the printing press was invented, books were produced by hand and their illustration using brightly coloured pigments and gold embellishments was a labour of love and an act of piety in itself. The results are stunning.

The works emanating from the scriptoria of monasteries were mainly religious texts, including illuminated bibles, psalters, and works for private devotion known as books of hours. Illuminated Manuscripts describes the origin and history of illumination in the Middle Ages, covering the artists and their techniques, and the patrons who commissioned them. It explains the subject matter found in medieval works, such as saints and Bible stories and the use of ornamental flourishes, and is illustrated with many fine examples of the genre including the Lindisfarne Gospels and the Book of Kells.