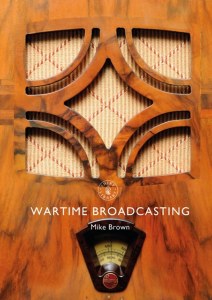 On 3 September 1939, Prime Minister Neville Chamberlain sat tensely at a microphone, using radio to declare that `this country is at war with Germany'. During the ensuing wartime years, the BBC was the sole radio broadcaster in Britain, boosting morale through programmes such as `ITMA' and `Worker's Playtime'; helping the Home Front with useful hints and advice; transmitting government messages; and providing news. Personalities and stars became household names - Tommy Handley, Arthur Askey, Ethel and Doris Walters, Mr Middleton - and their catchphrases could be heard everywhere.

And yet, as this fascinating book explains, the BBC chose to avoid propaganda, and had to tread a fine line between what the people wanted to hear and what it was felt they should hear.