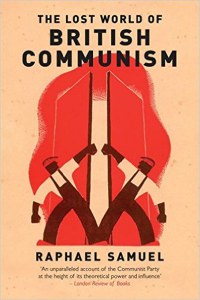 A vivid account of the Communist Party of Great Britain. Raphael Samuel, one of post-war Britain's most notable historians, draws on novels of the period and childhood recollections of London's East End, as well as memoirs and Party archives, to evoke the world of British Communism in the 1940s. Samuel conjures up the era when the movement was at the height of its political and theoretical power, brilliantly bringing to life an age in which the Communist Party enjoyed huge prestige as a bulwark for the struggles against fascism and colonialism.