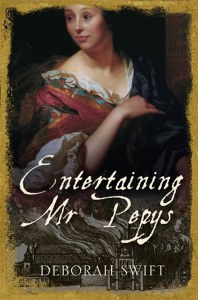 'A remarkably beguiling read. It transported me to the glitter and filth of seventeenth century London' Martine Bailey, author of The Almanack'The fusion of historical facts and fiction is so flawless that it is hard to know where reality ends and fiction begins' Readers' FavoriteLondon, 1666. Elizabeth 'Bird' Carpenter has a wonderful singing voice, and music is her chief passion.

When her father persuades her to marry horse-dealer Christopher Knepp, she suspects she is marrying beneath her station, but nothing prepares her for the reality of life with Knepp. Her father has betrayed her trust, for Knepp cares only for his horses; he is a tyrant and a bully, and will allow Bird no life of her own. When Knepp goes away, she grasps her chance and, encouraged by her maidservant Livvy, makes a secret visit to the theatre.

Entranced by the music, the glitter and glamour of the surroundings, and the free and outspoken manner of the women on the stage, she falls in love with the theatre and is determined to forge a path of her own as an actress. But life in the theatre was never going to be straightforward - for a jealous rival wants to spoil her plans, and worse, Knepp forbids it, and Bird must use all her wit and intelligence to change his mind. Based on events depicted in the famous Diary of Samuel Pepys, Entertaining Mr Pepys brings London in the 17th Century to life.

It includes the vibrant characters of the day such as the diarist himself and actress Nell Gwynne, and features a dazzling and gripping finale during the Great Fire Of London. The third in Deborah Swift's atmospheric trilogy, bringing to life the women in Pepys' Diary. Each novel features a different character and can be read as a standalone book.