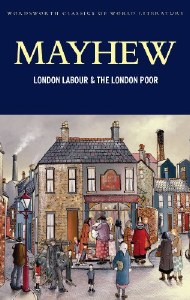 London Labour and the London Poor originated in a series of newspaper articles written by the great journalist Henry Mayhew between 1849 and 1850. A dozen years later, it had grown into the fullest picture we have of labouring people in the world's greatest city in the nineteenth century - a four volume account of the hopes, customs, grievances and habits of the working-classes that allows them to tell their own stories. Combining practicality with compassion, Mayhew worked unencumbered by political theory and strove solely to report on the lives of the London poor, their occupations and trades.

This selection, a "best of" collection taken from the original work arranged thematically and illustrating the breadth of Mayhew's research and concerns, shows how well he succeeded. From costermongers to ex-convicts, from chimney-sweeps to vagrants, the underprivileged of London are uniquely brought to life - their plight expressed through a startling blend of first person accounts, Mayhew's perceptions, and sharp statistics.

Henry Mayhew was born in London in 1812. He was a freelance journalist, one of the founding editors of Punch and died in 1887. His articles, several of which were published in the Morning Chronicle, were based on interviews with the poor of London. These articles were eventually collected and published in four volumes between 1861 and1862. London Labour and the London Poor is a selection of some of the Mayhew articles. It brings to life in detail the everyday struggle for survival. The tactics used, the living conditions and the unfortunate plight of many inhabitants at the very bottom of Victorian society. The inventive and in some cases the unpleasant ways the poor found to survive brings out feelings of admiration, pity and at times even humour. I found the book in general easy to read, if a little long in places. The character and background of the interviewees is clear in the words and expressions used by many of them. Mayhew shows interest and care in the handling of the many people he met. This is reflected in the openness and honesty of the several life accounts told to him. Mayhew comments on, and in some cases is surprised by, the survival of some of the poor who lack education and a religious belief. This book is an excellent source of information for 19th London specifically and Victorian society in general. It is a book that I will definitely keep and dip into from time to time. Jean Cheshire Friends of The National Archives. http://nationalarchives.gov.uk/get-involved/friends.htm