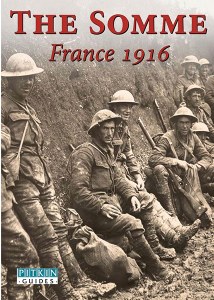 1st July 1916 saw a campaign that devastated the lives of thousands of young men serving under the British Empire. It was a day chosen to begin what had been called 'The Big Push', a desperate attempt to overwhelm the German Front Line and bring an end to a two year long stalemate on the Western Front. The Battle of the Somme has become tightly woven into the memory of the British nation and stands as a testimony to the conflict which took so many lives.

Six Weeks : The Short and Gallant Life of the British Officer in the First World War