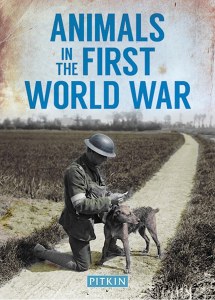 Most people are familiar with the use of horses and their often-heroic actions in the First World War, but what about camels, monkeys and the mighty elephant? In this wonderfully illustrated title, learn about how animals were trained and used, the role pets had to play in the war, and the plight of animals on the farm, down the mine and in the street. Although animals were used heavily on the front line and in major battles such as the Somme, they also had a role to play at home and, indeed, in almost every aspect of wartime life. From their first use to how animals were treated when the war ended, and including the involvement of the RSPCA and Battersea Dogs and Cats Home, this volume contains stories that will shock, delight and move you.