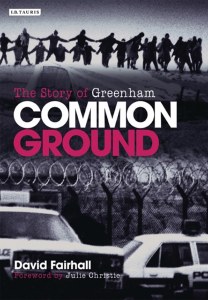 Common Ground The Story of Greenham

Common Ground : The Story of Greenham

When a small group of women set out to march to Greenham one summer day at the end of August 1981, none of them could have imagined that this outing would change their lives forever. Nor did they dream that their gesture that day would spark off a feminist protest movement that would last for decades spreading its influence across the world. This highly entertaining and evocative history of the common traces the development of the protests from the summer of that year through the climax of the Cold War to the present day.

It is a quintessentially English tale in which a disparate group of dedicated and sometimes fractious women confront the full military might of the United States, not only to raise their voices against nuclear weapons but also to safeguard the ancient customs and rights of common ground. As alive to the women's concerns as to the wider political implications, Fairhall paints a vivid picture of life at Greenham, from the challenges and frustrations of the night time raids and appearances in court to the exuberant self-expression of the camps at the various rainbow-coloured Gates. More recently, he shows how the respectable residents of Newbury, where the women were often given such a hostile reception, have used the same laws exploited by the women in their own fight to restore the ancient rights of public access to the common and protect it as open heathland for future generations.

The protests at Greenham Common are a powerful symbol of the 20th century which still arouse strong feelings today. There are many 'Greenham women' still around. But what did they really achieve? As public concern focuses both on the proliferation of modern weapons of mass destruction and the need to preserve the threatened British landscape, this is a timely moment to consider their legacy.