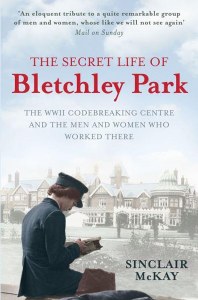 Bletchley Park was where one of the war's most famous - and crucial - achievements was made: the cracking of Germany's "Enigma" code in which its most important military communications were couched. This country house in the Buckinghamshire countryside was home to Britain's most brilliant mathematical brains, like Alan Turing, and the scene of immense advances in technology - indeed, the birth of modern computing. The military codes deciphered there were instrumental in turning both the Battle of the Atlantic and the war in North Africa.

But, though plenty has been written about the boffins, and the codebreaking, fictional and non-fiction, what of the thousands of men and women who lived and worked there during the war? What was life like for them - an odd, secret territory between the civilian and the military?