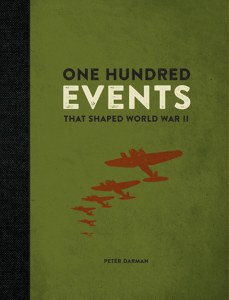 The bloodiest conflict in human history was not decided by the actions of an enlightened few. Instead, it played out as countless acts of heroism, on battlefields across the planet, in events whose outcomes were anything but certain. Within this history of individual sacrifice, it is possible to identify landmark events that shifted the momentum of World War II, from the early gains of Hitler's Axis powers to the growing Allied might of the later years.

One Hundred Events that Shaped World War II tells the story of the war. Taking into account social, economic, technological and political factors, it presents the people involved and identifies the strategic masterstrokes, as well as blunders, that determined the ultimate course of victory.