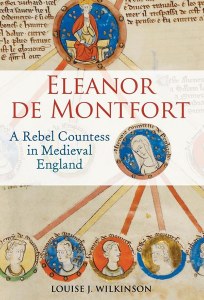 This book deals with the remarkable life of a powerful and fiery woman at the heart of the turbulent Barons' Wars. As sister of Henry III and aunt of the future Edward I, Eleanor de Montfort was at the heart of the bloody conflict between the Crown and the English barons. At Lewes in 1264 Simon de Montfort captured the king and secured control of royal government.

A woman of fiery nature, Eleanor worked tirelessly in supporting her husband's cause. She assumed responsibility for the care of the royal prisoners and she regularly dispatched luxurious gifts to Henry III and the Lord Edward. But the family's political fortunes were shattered at the battle of Evesham in August 1265 where Simon de Montfort was killed.

The newly-widowed Eleanor rose to her role as matriarch of her family, sending her surviving sons - and the family treasure - overseas to France, negotiating the surrender of Dover Castle and securing her own safe departure from the realm. The last ten years of her life were spent in the Dominican convent at Montargis. Drawing on chronicles, letters and public records this book reconstructs the narrative of Eleanor's remarkable life.

SIGNED COPIES
We have a limited number of signed copies of this book available. Signed copies will be provided whilst stocks last.