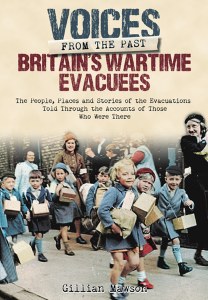 Voices fom the Past: Brtain's Wartime Evacuees : The People, Places and Stories of the Evacuations Told Through the Accounts of Those Who Were There

With the declaration of war in September 1939, the Government Evacuation Scheme was implemented, in which almost one and a half million civilians, mostly children, were evacuated from the British cities thought most likely to be the targets of aerial bombing. The fear of invasion the following year resulted in another mass evacuation from the coastal towns. Hundreds of thousands of school children, and mothers with babies and infants, were removed from their homes and families, and sent to live with strangers in distant rural areas and to entirely unfamiliar environments.