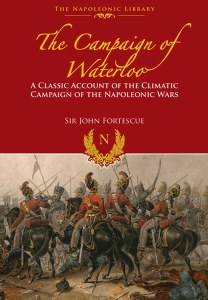 Fortescue's analytical approach, strips away the mysterious and complexities of the campaign to allow readers a clear understanding of this short but epoch-changing series of events. 'The classic history' Anthony Bruce, A Bibliography of the British Army