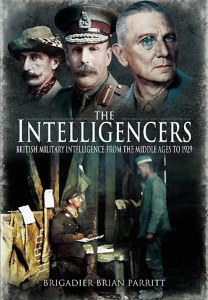 Intelligence about the enemy is a fundamental part of any war or battle, knowledge of the enemy's strength, dispositions and intentions are essential for success. This book reveals that for 250 years the British Army resolutely failed to prepare for war by refusing to establish a nucleus of soldiers in peace, trained to obtain intelligence in war.rnrnAlthough there were Scoutmasters and secret spy organisations such as Walsingham's in the 15th Century, in no major conflict from the Civil War of 1642, including the Peninsula, the Crimea, Burma, Egypt and South Africa and in the multitude of small wars that gained Britain an empire, was there any staff branch or unit specifically pre-established to gain intelligence or frustrate the enemy from obtaining intelligence.rnrnYet the story of British military endeavour over 250 years is a remarkable story of individuals' bravery, achievement and success. We read of the Scoutmaster whose role was to gather intelligence on the King's enemies and of Walsingham's secret organisation at the time of Elizabeth I.

During the long years of war against France culminating in the Napoleonic Wars spymasters developed on an ad hoc basis. In the Nineteenth Century, despite the power and reach of Empire, no central intelligence organisation existed. Enterprising young officers worked wonders but failures such as those in the Boer War cost the Nation dearly.

It took the reverses in the Great War to create an Intelligence Corps. But even that was disbanded post-war.

Journey: An Illustrated History of Travel

The Book of Humans

The Greatest Stories Ever Told