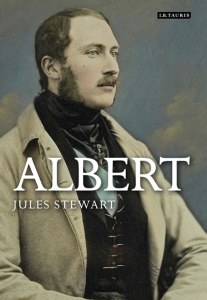 Albert: Prince Consort to Queen Victoria, social and cultural visionary in his own right, was born in the Saxon duchy of Saxe-Coburg-Saalfeld but defined the culture and direction of 19th century Britain - a superpower at the zenith of its influence - more than any other British royal or politician. Although he pleaded with his wife that no monument to his memory should be left (a plea that was to go unheeded by his grieving widow) the role he played in shaping Victorian culture stands today as indisputable proof of the enduring legacy of a man who spent just two decades of his short life in England. Though overshadowed in history by his adoring wife, and at times even mocked by her subjects, it was arguably Albert that gave form and substance to the Victorian Age.

From the outset, he strove to win 'the respect, the love and the confidence of the Queen and of the nation', pursuing an extraordinary social and cultural crusade that has become his greatest legacy. From the Great Exhibition and the construction of many of London's great museums to his social campaigns against slavery and the Corn Laws, Albert's achievements were truly remarkable - in fact, very few have made such a permanent mark on British society. This is the life story of Albert of Saxe-Coburg: Prince Consort and beloved husband of Queen Victoria - and one of the most influential figures of modern Europe.