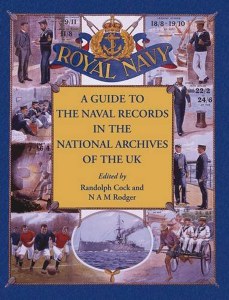 While naval warfare is one of the most popular subjects of research in The National Archives, readers are frequently frustrated in their search for information, and a high proportion of the relevant records are seldom consulted. This invaluable guide will help researchers both to understand The National Archive’s naval records and to locate the information they want, regardless of how much or little administrative history they know, or want to know.

Ranging from the 13th century to the 1970s, the guide throws light on the naval and maritime history of Britain and its empire. Whether you want to locate Samuel Pepys as Secretary of the Admiralty or trace all material in The National Archives relating to the Battle of the Atlantic, this volume will help you in your search.

The guide includes public records deposited outside The National Archives in the National Maritime Museum and the Post Office Archives. It also refers to some documents which have strayed from official custody and are now in the British Library, Cambridge University Library or the Bodleian Library, Oxford, and which are known to fill gaps in the records.