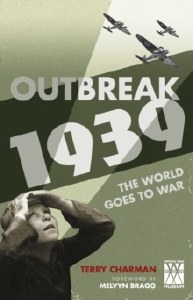 11:15 am, 3 September 1939. The nation gathers around their radios to hear Prime Minister Neville Chamberlain make the announcement they have feared for months: Britain is at war with Germany. This is the definitive history of the build-up to, outbreak and first few months of World War Two, from the events of early 1939, right through to the first war-time Christmas.

Drawing on the Imperial War Museum's extensive archives, this book features the personal stories of real men and women who lived through the startling events of that year, as well as those who were actively involved in the political negotiations and their aftermath. Featuring numerous photographs and the voices of key players, as well as contributions from well-known figures who were directly affected by the build up to an outbreak of war, this is a unique document of an extraordinary year in our history.