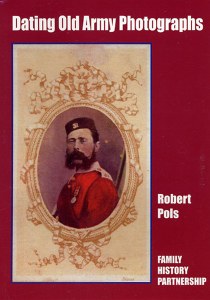 This book aims to help with the dating of army photographs from the second half of the 19th century and the first half of the 20th. It argues that much can be learned from such pictures, even when the regiment can't be identified, and even when the researcher has no pretensions to being a military historian. A head-to-toe examination of uniform and accoutrements identifies possible dating clues, and a separate section gives extra assistance with photos from the two world wars.

It Runs In The Family

Tracing Your Ancestors Through Family Photographs

How To Get The Most From Family Pictures

My Ancestor Was A Studio Photographer