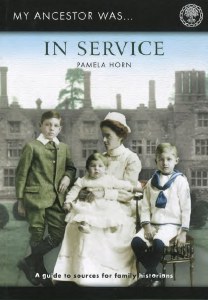 In the late nineteenth century many families in Britain were involved in the world of Upstairs Downstairs. Either they had a family member who was in service or the household itself included at least one maid, so that by the end of the Victorian era approaching a third of all women in England and Wales had been a domestic worker at some time in their lives. Yet although the occupation employed so many people, it is difficult in the twenty-first century to discover just what their lives were like. This book seeks to give some guidance to researchers wishing to find out about relatives who were in service or who had themselves employed domestic staff.