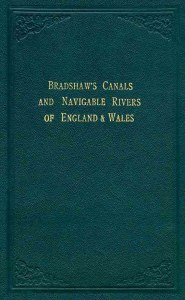 Bradshaw's Canals And Navigable Rivers of England and Wales

Bradshaw's Canals And Navigable Rivers of England and Wales

In the Victorian era, the name Bradshaw became synonymous with reliable information on travelling the nation’s blossoming network of railways. Published in 1904, Canals and Navigable Rivers was the first guide to planning journeys on the inland waterways of England and Wales. Noting bridges, locks, distances and commercial use, it explores the routes, operation and history of the network, and gives commentary on the areas through which it passed. Compiled at a time when the railways had largely supplanted the waterways, it paints a fascinating portrait of the Edwardian canal system as it began to fall into gentle decay. It now offers a different perspective for canal boaters and walkers, and gives invaluable information about waterways now lost.

My Ancestors Were Thames Watermen