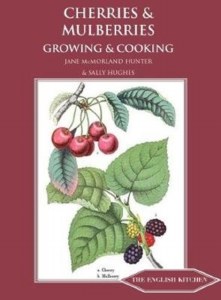 Cherries And Mulberries : Growing And Cooking

From 'Bing' cherries, named after one of the Chinese workers in the 1870s Oregon cherry farm owned by Henderson Lewelling, to maraschino cherries which originated in Yugoslavia when a liqueur was added to the local cherry 'Marasca', cherries are a herald of summer. They originated in the Caucasus Mountains, and were mentioned in 74 BC by Pliny the Elder, and then spread from Rome to Britain. There is much to learn about cherries and mulberries to discover how versatile they are. They are easily grown and attract ocal wildlife and birds.

A Little Book Of Latin For Gardeners

Come Into The Garden Dad! A6 Notebook

We Made A Garden