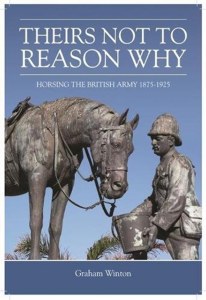 This book provides the first comprehensive study of the British Army's horse services between 1875-1925, including the use of horses in the 1899-1902 Anglo-Boer and the 1914-18 wars. There is a particular focus on the military procurement of horses in relation to the domestic horse breeding industry, foreign supply in times of war, the debate about mechanisation versus the horse and an integrated military transport system. During the 1899-1902 war the recently created Army Veterinary and Remount Departments and Horse Registration Scheme were severely tested and found wanting.

Following the appalling suffering and loss of horses during this War, the period 1902 to 1914 was critical for the development of the horse services. The crucial elements in effectively horsing the Army were recognised - supply, care, and organisation. The Army depended on the creation of a rapid and effective horse mobilisation scheme and the ability to sustain expansion in the field.

The civilian horse market was central to the supply of military horses in peace and war, and by obtaining reliable information on the number and type of horses available to them, the Army could guarantee a regular supply. There was also a need to learn lessons from the 1899-1902 war for the planning and expansion of auxiliary services, for example blacksmiths, saddlers, remount depots and veterinary hospitals. On the outbreak of war in 1914 the Army had an organised reserve and mobilisation scheme; a completely integrated transport system using horses, mechanised vehicles and rail networks.

As the war progressed there were serious questions about the continuing supply of horses from both home and world markets, shortages of transport for moving them from the country of purchase and the growing submarine menace. Developments by 1919 in mechanical vehicles were acknowledged by many as signalling the end of the military reliance upon the horse, even though it remained the main source of motive power, and cavalry the main arm of exploitation. Many lessons from the 1899-1902 War had been learnt, shown in the improved performance of the horse services during 1914-18.

The health of animals was maintained at a higher standard than in any former war and remounts were supplied to all theatres of war and to armies of allied nations. At the end of hostilities nearly eight million animals had to be quickly disposed of, as humanely as possible, to bring the Army back to its peacetime requirements.