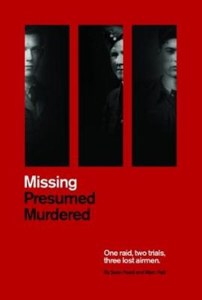 On 12 December 1944, with the war entering its final stages, Bomber Command launched its last Main Force raid on the Krupps Steel works at Essen. The attack was devastatingly successful, and completed for the loss of only a handful of aircraft. Three of the airmen lost in the raid are still listed as `missing', believed killed in action.

Extensive investigative research by aviation historians Sean Feast and Marc Hall has discovered the truth about what happened to these missing men, and how they are linked to the murder of three unidentified RAF airmen, on a bridge, within twenty-four hours of believing they were safe. They have also discovered the truth about a fourth airman, a Canadian, shot down on the same raid who died in mysterious circumstances and whose near-naked body was discovered after the war, hastily buried in an unmarked grave. In the centenary year of the RAF, the authors reveal a darker side to the history of the `Third Service'.

Complementing historical research with the evidence of present-day specialists, they have pieced together the harrowing story of four murders, the identities of the victims and their killers, and the tantalising possibility that at least one of the `missing' men may at last have been found.