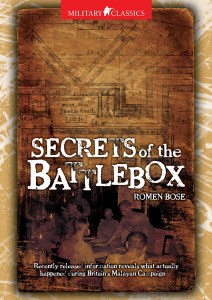 The Battlebox, Britain’s Command HQ in the Malayan Campaign during the Second World War, lies beneath Singapore’s Fort Canning. After the war, it was sealed off and forgotten until the late 1990s. Secrets of the Battlebox provides an understanding of the Battlebox; its history, uses and final role in the Malayan Campaign. It seeks to address the gap in knowledge in one of the most crucial aspects of the Second World War in Malaya and Singapore, i.e. the role of the command headquarters in the campaign