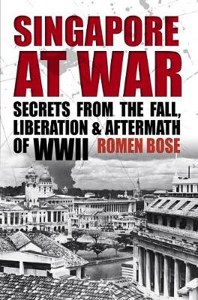 Singapore At War : Secrets from the Fall, Liberation and Aftermath of WWII

This volume brings together for the first time three of Romen Bose's major historical works - Secrets of the Battlebox, The End of the War, and Kranji - in a panoramic account of Singapore's experience in WWII. Sealed off and forgotten until the late 1990s, the Battlebox beneath Fort Canning served as the British Command HQ during the war. What actually happened in this underground nerve centre of the Malayan Campaign? Drawing on top-secret documents only recently opened to research, the author investigates the workings of the Battlebox and the fascinating role it played.

Having lost their "impregnable fortress" of Singapore, the British were diverted to the European theatre of war. How then, when the Japanese surrendered, did they prepare to return to their erstwhile colonies? This book goes behind the scenes to investigate the circumstances, events, and unforgettable cast of characters that led up to liberation. Finally, the book considers those who fought and died in the war, and they ways in which they have been remembered in post-war Singapore, with Kranji cemetery and memorial as the centrepiece of the efforts.

Singapore At War contains new findings which have come to light since the publication of the individual books, giving an unprecedented breadth and depth of perspective to this historical account