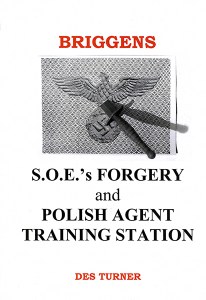 This is the true story of an SOE country house at war and the lives of the people associated with it.

Initially Briggens was established to train Poland's elite fighting force, the equivalent of Britain's SAS, they had escaped from Poland and made it to Britain. Here they were taught to command men, to parachute, to fight hand to hand and to carry out acts of sabotage.

In complete contrast there was a mainly British contingent specially chosen for amazing printing skills to deceive the enemy by producing a multitude of counterfeit documents and miniature and microphotography techniques. Central to both groups were the women of FANY who provided the cooking, laundry, transport and counselling. These are their moving human stories of bravery, courage, skill, tragedy and humour.